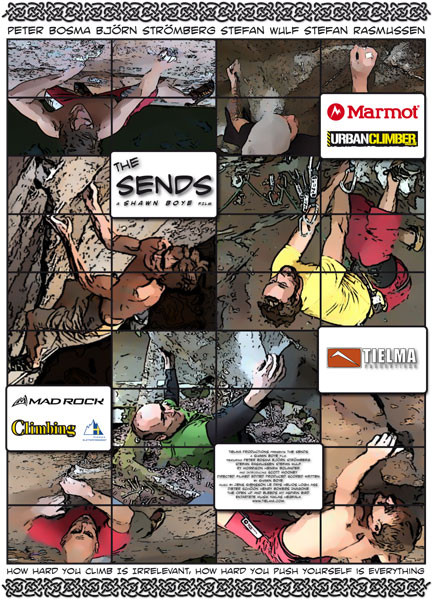 From the Director of Swedish Meatballs comes the story of a two year Odyssey through a land covered in Granite.

The adventure begins deep in the Forest of the Steepest Boulders where Peter Bosma encounters a real life Monster, Stefan Rasmussen, reincarnate of ancient Vikings. Narrowly escaping a Duel to the Death, Peter heads West in search of First Ascents high above frigid, Medusa filled, waters. But there is another, the Fearless Rasta, Stefan Wulf, willing to do Combat for Ultimate Glory. The cries of battle culminate in the awakening of the God of the Underworld, Björn Strömberg, struggling in his attempt to escape the confines of the Never Ending Cave.

Journey to a Mythical Land, where the denizens have discovered the Secret to Sending. The Sends, it’s what climbing is all about.