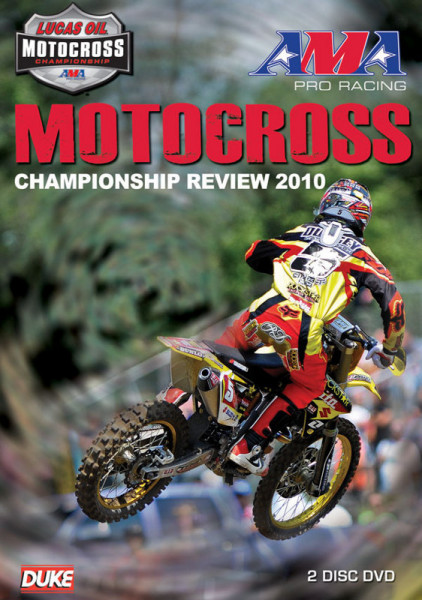 The always thrilling Lucas Oil AMA Pro Motocross Championship deliver another year of action-packed MX drama, and the Official Review is packed with the most important highlights from both the 450cc and 250cc title chases.

With best footage possible from every one of the season’s 12 rounds, as we follow the action across the United States of America, from the season opener in Sacramento right down to the unbelievable finale at Pala. Ryan Dungey made history with a record-breaking rookie season on the 450s, taking an amazing 10 outright wins and claiming the title with two rounds to spare. He benefitted from reigning champ Chad Reed being hit by illness, but Dungey had to work hard to stay ahead of challengers like Mike Alessi. The 250 title battle couldn’t have been more thrilling – with just one moto to go Trey Canard trailed Christophe Pourcel by seven points, and it all came down to a shoulder-separating injury.

The 250cc class also saw stand out performances from Scot Dean Wilson and Tyla Rattray, and you can watch all the most important highlights in this action-packed Official Review.