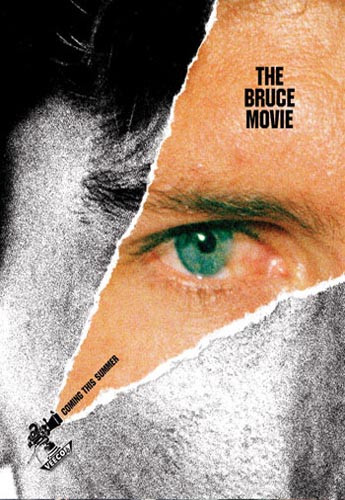 It’s now here in front of them, stacked on a shelf in Volcom’s spartan editing bay, and they can’t help but feel the rush.

Thirty hours of raw footage (which translates roughly into 60,000 feet of 16 mm, Super 8 and 35 mm film), packed in plastic cases and ready to be tamed into Bruce Irons’ first signature film, The Bruce Movie.

But the dudes who’ve brought a handful of fashion-forward surf flicks to life aren’t intimidated. Director, Ryan “RT” Thomas (Football Shmootball,Chichagof, BYH2) and Producer, Troy Eckert (Magnaplasm along with the entire Volcom library) know this little 12’ x 12’ box will be their home for the next two months.

They know these spotless, industrial carpets will soon be stained with Chinese take-out and littered with empty water bottles, know their sanity is about to take a 60-day leave of absence. But they also know the finished product is always worth the weeks of pain.

Having just completed the filming for the last segment of the movie -- a Hinakos boat trip where Bruce chose the entire, star-studded cast -- Troy and Ryan now have the future of the Bruce Movie in their hands.

But before they charge over the ledge and into the depths of Final Cut Pro, they sat down with SURFING and gave us a quick, sneak preview from the editing bay.