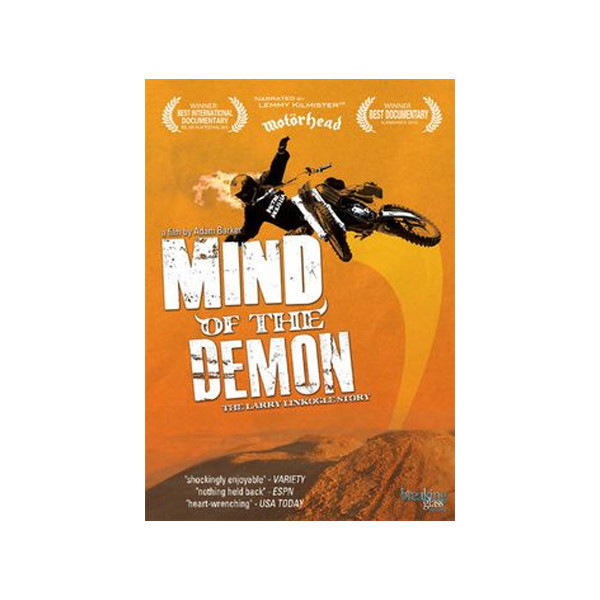 In the 1990s, infamous dirt bike rider Larry Linkogle began a revolution. Fed up with the culture of motocross racing, he along with his friends set out to create a new sport. The high-stakes, often death-defying world of freestyle motocross was born and took fans of extreme sports by storm. Though Linkogle rose to legendary status with his record-breaking stunts and rock-and-roll lifestyle, his inner demons and self-destructive behavior eventually led to his demise.

Narrated by Motörhead front man Lemmy Kilmister, Mind of the Demon is a morbidly fascinating look into Linkogle’s brilliant yet haunted psyche. Through incredible archive footage and interviews with colorful characters and top dirt bike competitors, this award-winning documentary rebuilds the thrilling story of the birth of freestyle motocross. Past and present intertwine and drive Linkogle’s story towards two possible conclusions: glorious comeback or nosedive into self-destruction.